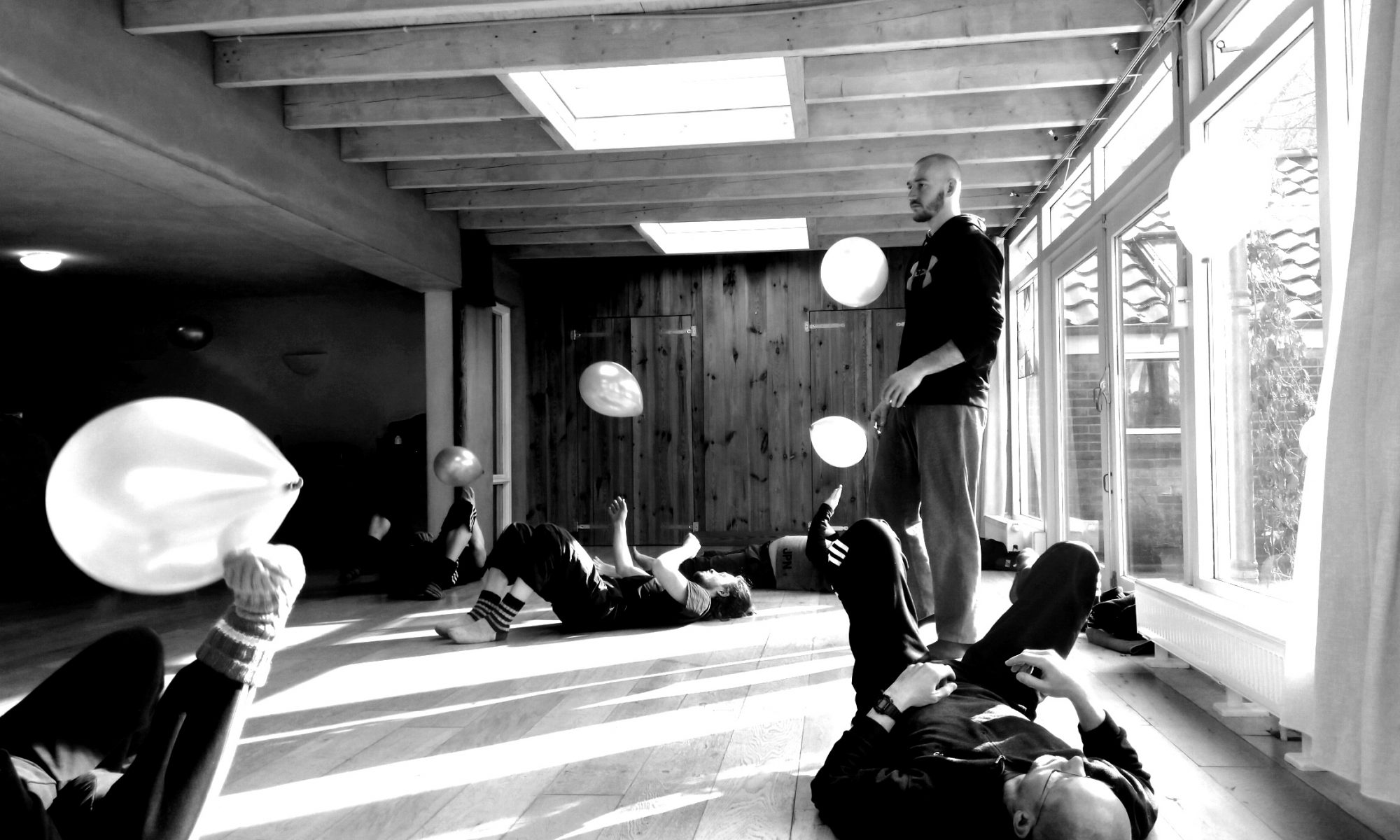 Recently we had another great session where we explored the differences between play and games.

There is some tricky language going on here where playing is not the same as doing a game, but one can play a game, but cannot game a play.

To sketch a clearer picture about the difference in both we can distinguish them from a developmental point of view, in terms of rules and psychologically in terms of creativity. All these facets join together in a complex web of association. They are different perspectives on an essential part of our behavioral repertoir.

From a developmental point of view play is more fundamental than games. With this I mean that play precedes games in the developmental process. Children play before they play games. Play is a more open exploration of all the affordances (action possibilities) that a certain subject matter has, be it a ball, stick, or other object or features in ones environment.

Solo play is more of a closed loop. You can experience and feel directly the result of the activity in the body. Put a thumb in your mouth and both the thumb and the mouth will sense something. This does not happen with a ball. The child only experiences the mouth, but not the ball. In this stage, going from solo to object play, this experience creates the distinction between the self and all the things in the world that are not the self. Object play also reveals the physics of the world around you. Some things roll, fall, are heavy, light, can be thrown, cannot be thrown etc. Aside from discovering those properties, external objects also create the necessity for locomotion. A child desires a toy that is out of reach, orients itself, reaches, and assisted by innate primary reflexes for the first time rolls to its stomach by its own volition*.

“[Maturity]: that means to have rediscovered the seriousness one had as a child at play.” – Nietzsche, 1886

From this phase relational play emerges. Depending on the environment, wether it consists of peers, parents, or animals, the child starts to interact with other agents. This is again fundamentally different. A ball or stick has no plans or mind of its own. It is in this phase that Theory of Mind develops and without it, a child will be at a severe risk of missing experiences in socialising. It is in this interactive play with others that games start to emerge. Games have rules. Rules we, together, decide upon, or are decided beforehand by an authority. Games therefore are in a quite concrete way a simulation of activities where there can be a hierarchy, a goal, tactics, cooperation and controlled arousal. Learning how to fully engage but stay within the rules is an invaluable part of becoming a functioning, effective and safe participant of society.

Play, in the definition we used before, is more of an open exploration with implicit meandering rules. This ‘what could I do with it’ search is act of divergent creativity. That makes games, by definition ‘boxed in’ and requires solutions to be found within the closed system. This ‘colouring within the lines’ is the act of convergent creativity.

In summary, play and games are both very important aspects of human behaviour that links the exploration of the environment, development of the self, socialisation and divergent and convergent problem solving in and through action.

* I believe that if we take away this step from children, by turning them over because they are ‘slow’ we are robbing them of a VERY important step in their development. This can have neurological consequences in terms of the risk of persisting reflexes, but more importantly this is one of the first acts where a child locomotes and lays the foundation for a sense of agency, self efficacy and the connection between impulse, action and fulfillment as a result of internally motivated behaviors.